ARE MYSTERY BOXES LEGAL AND LEGIT?

Mystery box websites are gaining popularity among youngsters who are hooked up to the idea of winning so desired hypebeast stuff without spending a fortune. First, they tried their luck on classic Amazon or eBay but now more revolutionary virtual mystery boxes like Drakemall, HypeDrop, Lootie, and others are in trend. They offer a greater variety of authentic items, lower prices for the boxes, and an unforgettable gaming-like experience. But since the whole idea behind betting some money in order to profit resembles online casinos so much, the question of whether mystery boxes are actually legal in the USA in 2022 is raised.

This trend hasn’t been on the internet for long and that’s why no one has decided yet how we should define and regulate this entertainment. If we decide to go to the depth and carry out a thorough investigation we’ll see how complicated this matter of legacy actually is. First of all, that’s because people can’t figure out what mystery box websites are indeed. Though, the concept isn’t completely new because they may be often associated with loot boxes, which were extremely popular in the gaming community.

Loot boxes are collections of virtual items gathered in one box which gamers can purchase during the game. The concept is very much the same with the only difference being that you can’t win real products there. But the reason why we touched upon loot boxes is that previously they also attracted the attention of government officials. The national authorities even intended to ban them , mostly because of the bad influence on children who were playing these games. However, it never happened.

Anyways, you must bear in mind that mystery box websites are not at constant kids’ disposal compared to loot boxes. They do not even allow users under 18 which makes it less dangerous. Even so, another concern remains – if you wager some money in order to win a potentially valuable prize, isn’t it gambling?

A lot of people are convinced that it’s undoubtedly just another type of gambling and therefore illegal in the USA. And that’s also not entirely correct because first of all, due to the laws each state has to choose regulations towards casinos and sport betting on its own. So online betting may be prohibited in one state but legally accessed in another, for instance, Nevada and Louisiana.

Nevertheless, it doesn’t matter since neither loot cases nor mystery boxes were officially announced to be any type of gambling. Basically, if you win anything but money you’re all good in legal terms. So winning $50 from a $10-wager is illegal in the majority of states but opening a box for $10 and unboxing an iPhone from it is totally fine.

WHAT MAKES WEBSITES LIKE DRAKEMALL MORE LEGAL THAN AMAZON OR EBAY MYSTERY BOXES?

Some people also see mystery box websites as online shops similar to Amazon or eBay (that offer such surprise packages). Let’s take a look at how Amazon secret cases work. You buy a box for a fixed price the content of which is completely unknown. There might be some category but that’s pretty much it. After a certain period of time the package comes to your address and after unboxing you discover the prize. In that way, it’s kind of a scam because misleading sales are forbidden and a buyer is supposed to know what he’s buying.

Well, the point with completely unknown content is something that puts these boxes in suspicion because you have no clue what to expect. So what virtual boxes did – they let the user explore the content of each box before actually buying it. For some people, it’s something that takes the mystery away but on the other hand that’s what makes it transparent and legit.

HOW TO KNOW THAT THE MYSTERY BOX WEBSITE IS LEGIT AND LEGAL?

Okay, we might have lost you at that point already so let’s skim through the main points. Here are criteria that you need to keep in mind when choosing a place for unboxing:

To sum everything up, what these mystery box websites did is pretty smart. They managed to evade the regulation of gambling by adding a percentage of unboxing each item in the package. As well as, promoted the boxes transparently and fairly. And at the same time, they are no longer considered to be a shop which allows them to get money for an unknown purchase.

Even though many government officials in the USA may express concerns and plan to take some steps at regulating this, for now, you can safely enjoy unboxing. As long as you stick to legit sites, of course.

There’s a large quantity of those out there and you might be overwhelmed by such a large choice. Therefore, our main goal is to do this job for you, test and select only legit ones to prevent users from losing money on unreliable websites. The one we can definitely recommend is Drakemall that has proven to be truly legit and trusted.

Also, you can check our other reviews to find out:

Although unboxing is legal and not officially regulated, you must consider personal potential risks and avoid it if you’re susceptible to gambling addiction.

Test Your Luck at DrakeMall 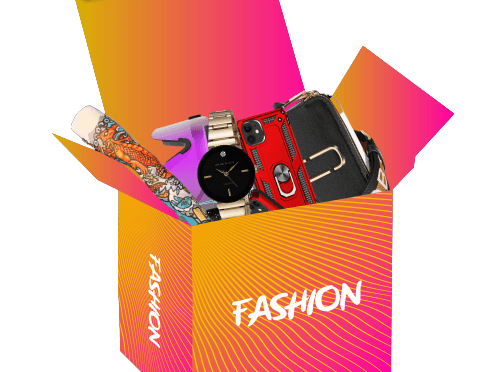